The Current Economy And Outlook For May And June 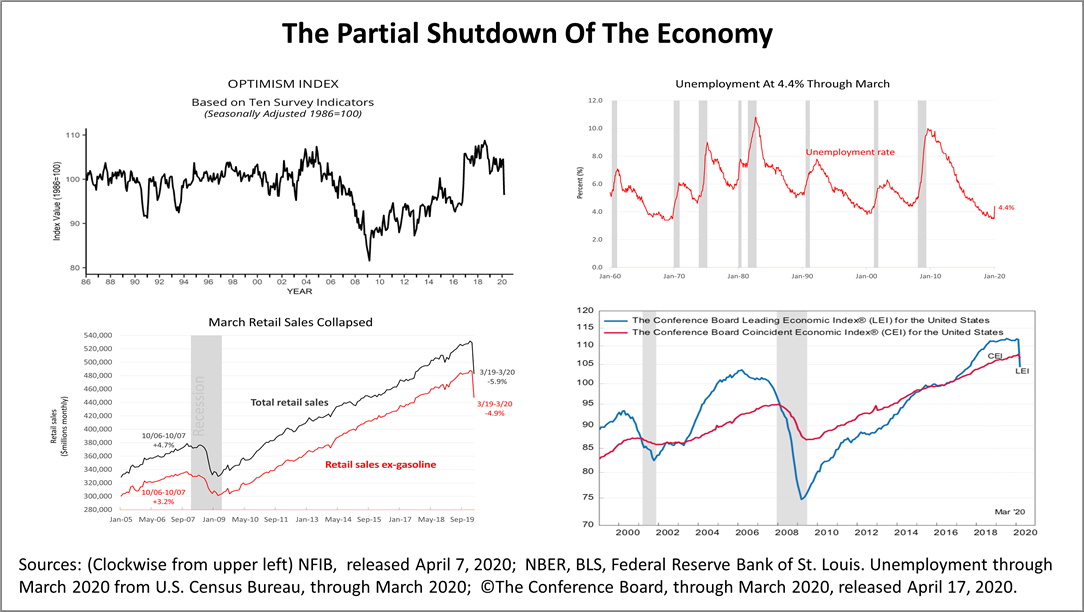 (Tuesday, April 28, 8 p.m. EST) - The partial shutdown of the economy is captured in these four snapshots of fundamentals in March.

The awful monthly economic statistics are likely to persist for two or three months. But in the difficult weeks ahead, here's what matters most to investors for the long run. 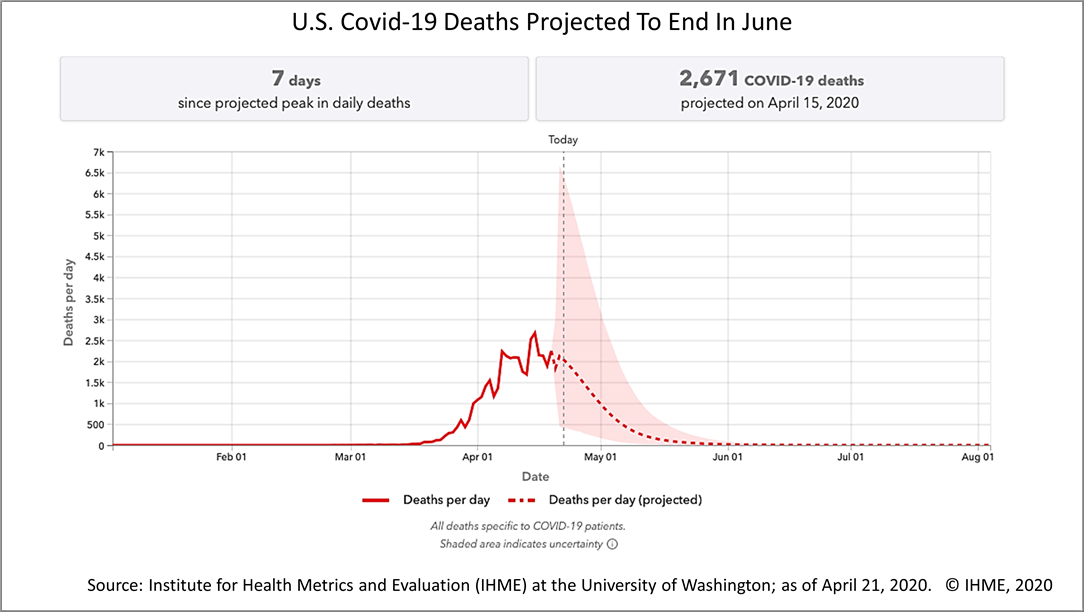 According to the Institute of Health Metrics and Evaluation, the peak in deaths per day from COVID-19 occurred on April 15 and the daily death count is projected to diminish sharply in May and zero out in June. An independent public health research center at the University of Washington, IHME is backed by the Bill and Melinda Gates Foundation and its statistical model is often cited by the White House Coronavirus Task Force.

IHME's projection is grim: the U.S. death toll is expected to exceed the 58,209 Americans lives lost in the 14-year long Vietnam War. However, public health experts do expect that the epidemic will indeed end.

That is the statistic that matters most to investors for the long run.